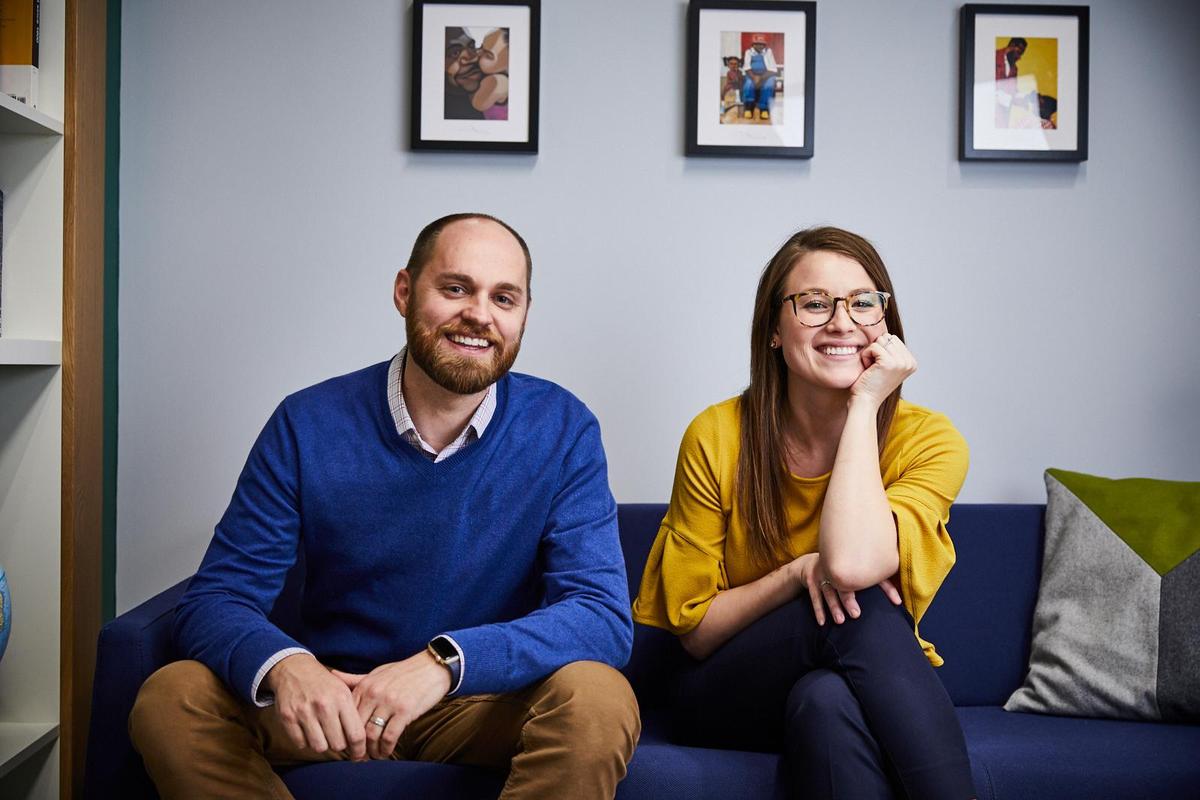 Colby Heckendorn and Genevieve Backer are the co-founders of Atlas Public Schools. They have over fifteen years of collective experience both as teachers and leaders. Colby and Genevieve are thrilled to create a school in the city of St. Louis that meets all children’s needs while instilling a love of learning and the skills needed to thrive in the 21st century.

Colby, Atlas' Executive Director, graduated with his Bachelor’s in Educational Studies from the University of Missouri—Columbia.  After working for five years at Enterprise Holdings, he switched careers when he became a Teach For America corps member in St. Louis. Colby taught fifth and sixth grade for four years at Mann Elementary, becoming a lead teacher and serving as a model classroom for the St. Louis Public School District.  Colby’s belief that all students can achieve at high levels is what propelled his students forward.  During his last two years in the classroom, his students consistently had some of the district’s highest scores.

Colby was a teacher and school leader in the St. Louis Public School District for nine years.  Most recently, he was the building principal and instructional leader at Patrick Henry Downtown Academy, where he served the amazing students and families in the Columbus Square neighborhood of downtown St. Louis.

Colby currently serves as the Executive Director of Atlas Public Schools and is committed to instilling a true love of learning in our students while empowering them to build a healthy future for themselves, our community and the World.

Genevieve, a native of St. Louis and Atlas’ Co-Head of School, always knew that she wanted to lead a purpose-driven life. She knew she wanted to be a part of an organization that wasn’t merely focused on gaining profit but bettering people’s lives. While she was in college at Creighton University studying Social Entrepreneurship, she co-founded an organization called The Educated Baker, where she taught underserved youth business through the process of baking. Together, they sold frozen cookie dough at grocery stores and wholesale while giving high school students college credit for their program participation. This experience sparked her interest in education!

She began her career in education as a 2013 Teach for America Corps Member in New Orleans. She taught for five years both in a traditional school district as well as a charter school.  She earned her Master’s in Education from Johns Hopkins University. Most recently, Genevieve was a fellow with the Diverse Charter School Coalition and was the Principal-in-Residence at City Garden Montessori in St. Louis.

Genevieve serves as one of Altas' Co-Heads of school and is passionate about reimagining public education in St. Louis.